by Sheila Klein
Taxine, are there more where those came from?

by taxine
Hi Phil,just google "Velvet Underground Dallas 69" and got it.Lately my faith's back again... you can find out some candys on the site.

PS:The fist one with the whole band at once drives my crazy !! 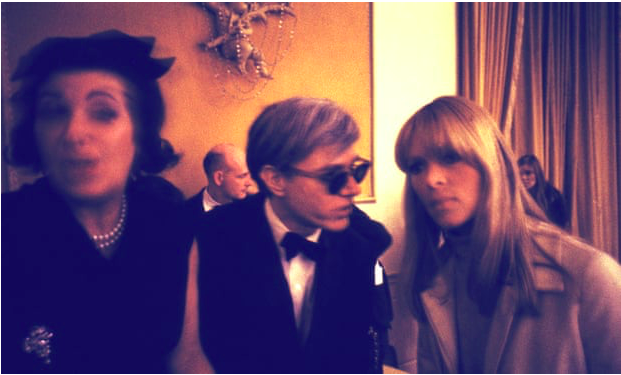 HI,I'd like to share this awesome shot that leave me breathless,it's part of exhibition THE VELVET UNDERGROUND SHOW IN NYC,enjoy !!

by Sheila Klein
Any thoughts on who shot that frame?

The link goes to a page of Will Hermes's site in anticipation of the Velvet Underground Experience presentation, and also includes this remarkable image: 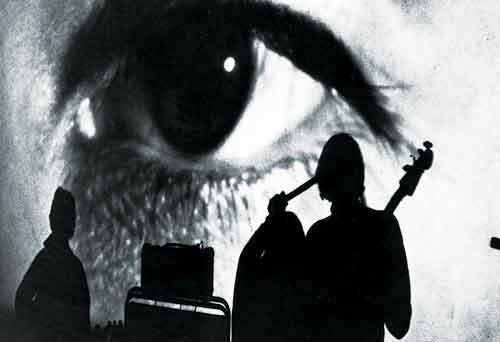 but also this unfortunate text about the VUE:

I don't know who the first two are, but the last four were dead for an average of over 40 years by the time of the show's launch, so I don't see how any of their films were "produced exclusively for the exhibition."

by alfredovu
Wow... the first one is new to me and terrific! No idea who did that one.
The second, as sure you all know, is from Fred W. McDarrah, Open Stage April 1966

More stuff from the Trip's show,just totally blown my mind ...such the precious blakground with Nico's films on pale blue what makes it a such cool atmosphere,the whole shot creates a huge artwork,cheers !!

by Sheila Klein
Taxine can you post a link to where we can see this pic in its own site?

by peppergomez
here ya go