Yesterday I came across this Ivy's and Nico's gorgeus shot at the factory,looks some kinda filming,just love it,taken by Paul Morrisey. 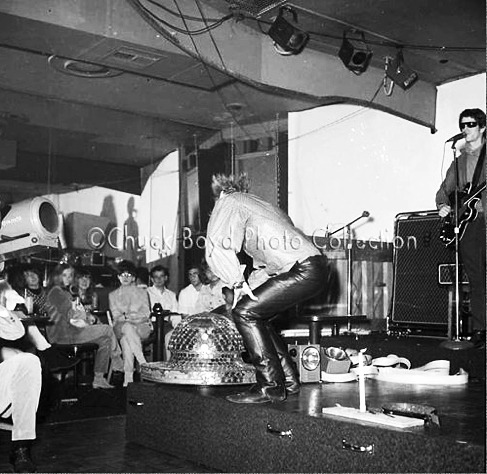 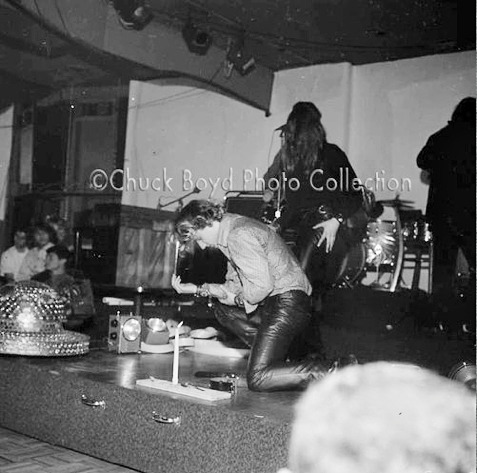 Yesterday was recycling some old stuff and got these EPI Show pix.. any idea about the gig-venue ??
These shots with Gerry and Mary performing heroin looks so cool !!.Check out the front rows people,they looked a kinda mix of amazed-schocked.

by Sheila Klein
Those are amazing -- thanks for finding and posting them for us. Mary appears to be at a microphone, and I'm very curious to know what she was saying or singing. Chuck Boyd was based in L.A., which might help us identify the gig these shots were taken at.

by bleach
I found another one in my photo folder. There was a note about him being Sunn amplifiers photographer so its possible he shot the VU Sunn Amp ad 68/9. No location indicated of these LA EPI ones though. 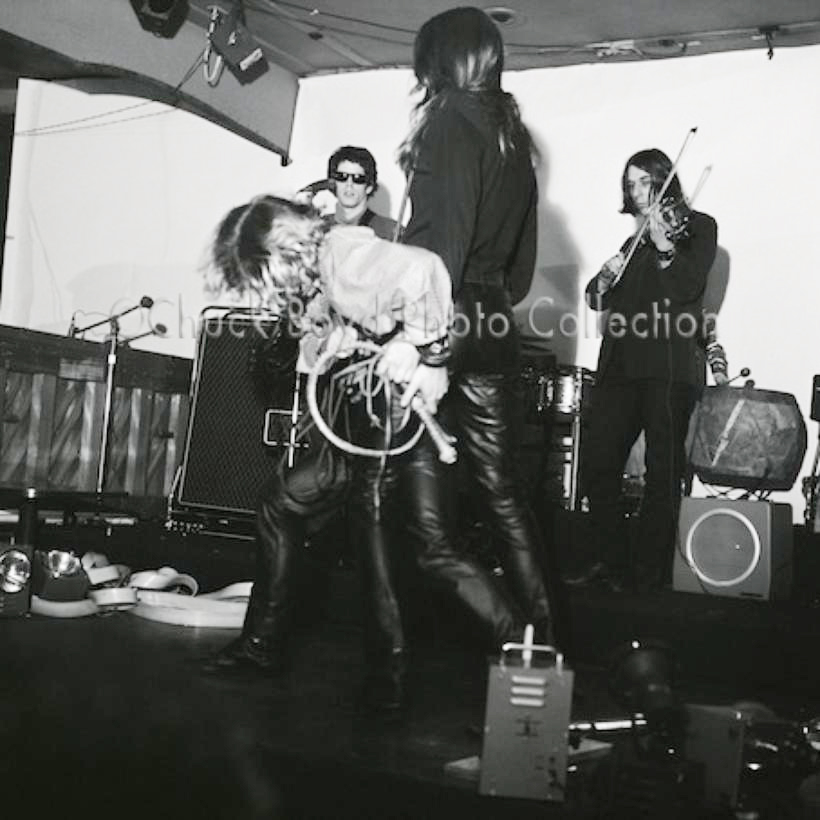 by walkonvu
It shoudnt be a big mistery. Photographer was from LA and VU looks like 1966. As far as Olivier site says VU played only at The Trip at LA in 1966, so...
How did look The Trip? There are not many photos, but wait:
http://martinostimemachine.blogspot.com ... pened.html
Check the floor on last picture. It shoud be The Trip.

If you look closely, it's Lou at the mic. Mary's obscuring him.

Check the floor on last picture. It shoud be The Trip.

That sounds logical. It's distressing to see people seated at an EPI event, but perhaps there is dancing space off-frame.

by peppergomez
well, as much of a fan of VU as I am, in their earlier years they weren't making very danceable music. it was more atonal art attack avant garde rock. and to be candid, neither lou nor sterling had enough guitar chops at that point to get danceable and funky like they would by about '68 (especially sterling, who became a really good guitarist by that point). i mean, their early '66 music a lot of it is kind of painful to listen to (which I like, being a weirdo). so yeah, people would probably mostly be seated. and with warhol and the movies and dancing, it was as much a spectacle as a concert.

i remember reading a funny interview w/ an nyc band who would play gigs with vu back in those days, and the guy said they'd stand outside in the cold rather than be assaulted by their music. or, as cher said, "it will replace nothing, except maybe suicide." that's always made me laugh.

by Sheila Klein
Most accounts of their Dom shows depicted a constantly full dance floor, and consesquently I've always imagined primarily dancing at the other EPI performances. Many of those performance spaces were not laid out with much in the way of seating space to begin with, and it's possible that the seats we see in the Trip photos were among the only ones in the room.
All times are UTC+02:00
Page 62 of 64
Powered by phpBB® Forum Software © phpBB Limited
https://www.phpbb.com/