For discussion of all aspects of the New York legends.
Post Reply
23 posts I can't get the full scan [you only get a free trial, after giving payment/credit card info; well no thanks, then I stop].

But from the scrambled OCR text on the linked page I understand:
--Lou Reed's concert was cancelled at the very last minute, when fans were already in the venue [Jahrhunderthalle, Frankfurt]
--cancellation itself had little to do with the riots during the Italian shows 10 days earlier, but as Barbara Fulk [Wilkinson, see VU photo thread] stated: "Lou went for five nights straight without sleep. He was so exhausted we let him pass out rather than let him go on."
--a big part of the audience were soldiers from near by US bases in Germany
--support act was String Driven Thing, a progressive folk rock band from Scotland
--instead of Lou Reed's show, Doug Yule performed with assistance of the support act
Top

It's Colmar not Cotmar.
Top 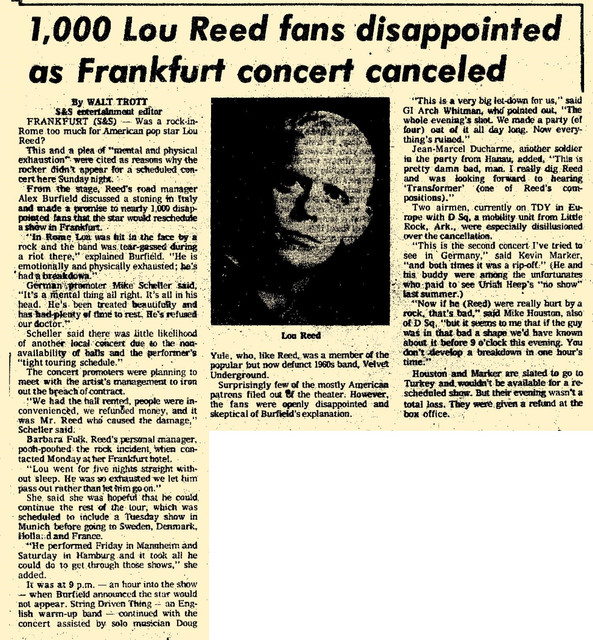